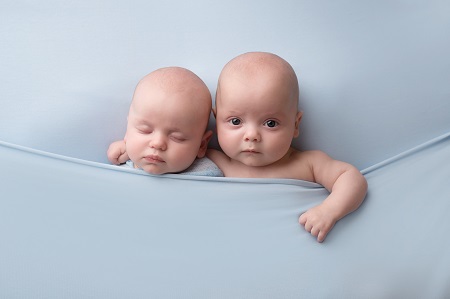 I write to express my sincere gratitude to IVF Greece. After 13 long years we finally had success with embryo donation on the beautiful island of Crete. Our journey was long and painful. We tried everything.....or so I thought. We started our IVF journey as soon as we met when I was 38 years old. I lost count of the number of IVF attempts. We tried all of the protocols several times.

As anyone who has tried to get pregnant without success for some time will probably know, it can lead you to try many things in an attempt for success. And so it was with us, or mainly me, the female.

I tried acupuncture as that reportedly improved success rates. I tried losing weight. I tried a gluten free, dairy free diet. I tried naturopathy. I tried herbal remedies. I tried wearing orange underwear (seriously!) as that supposedly would improve my fertility chakra energy! I tried not working for a year. I tried doing yoga and meditation. I tried being focused on other things. I tried everything......or so I thought............I didn't try egg or embryo donation.

I wasn't ready to try using someone else's genetic material until I was ready. I tried surrogacy in India first, needing to use all of the embryos that we made before I was ready to consider other options. Egg donation was suggested to me in my mid-40's already, but I hadn't given up on having children that I was genetically related to. I can't explain why, it's not logical.

So, with 'one last go' we decided that we had to be able to have 'no regrets', we had not tried embryo donation. I didn't want to get to old age and be able to say 'what if we had have tried..........?' So off to Crete I went with the blessing of my wonderful husband and family and friends.

I'm overwhelmed with gratitude and love to say that we are the proud and loving parents of beautiful twin boys. Do we wish we had have gone straight to embryo donation sooner? Perhaps. But 'it takes what it takes', I couldn't make myself be ready. I'm just glad that eventually I was ready.

And, I must say that I was incredibly impressed with the genuine care at IVF Greece. Not only were they incredibly professional but they were wonderfully caring. I felt as if I was being cared for by family. Nothing was too much trouble at any time.

Much love and gratitude.
Fiona, Australia