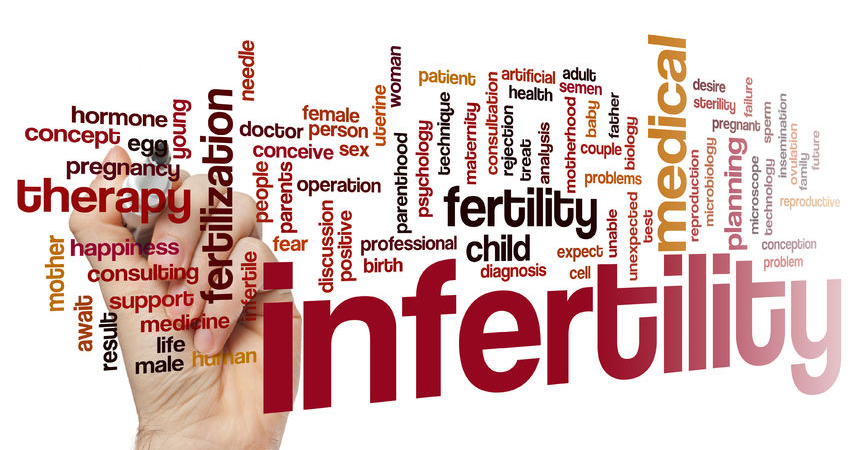 The causes of infertility related to a woman only, is believed to affect approximately 35% of the infertility of a couple and respectively the same percentage (35%) applies to male causes. However the possibility of combinatorial couple's infertility is 20-30%. The most common female infertility factors are the following:

Age is the main factor for increasing the rate of infertility in women. The delay in having a child is affected by modern lifestyle, with major influences being professional and economic issues. Studies have shown that women think of having a child after the age of 35. This, however, may be due to the lack of information on the key role of a woman’s age to her infertility.

Over time the quantity and quality of oocytes reduces, resulting in a 35% - 45% decrease of fertilization ability at the age of 35. Quantitatively, at the time of her birth, woman has a fixed number of oocytes (1-2 million). This number decreases (300 – 400 thousand) after puberty (20 years). From these eggs, only 1% - 2% (depending on the organism) will mature and pass to the phase of ovulation. Qualitatively, oocytes deteriorate with the passage of time, thus increasing the difficulty of fertilization. Conversely, chromosome problems increase. The result is the increase in the number of miscarriages and the posibility of babies born with some anomalies. 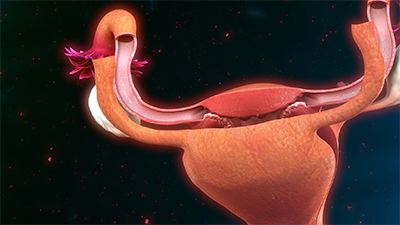 The most important factors are:

This is what the fallopian tube which is closed at the end and contains fluid is called. This fluid or toxic substances produced prevent growth and embryo implantation making the fallopian tube nonfunctional. The submition to IVF is the most direct and safe method of treatment to achieve fertility.

Adhesions are the created links between the surfaces of two or more organs or tissues that are not normally connected. The presence of adhesions in the fallopian tubes and ovaries affects mobility of the tubes and the transfer of the egg, thus reducing the possibility of pregnancy and increasing the possibility of an ectopic (extrauterine) pregnancy. The treatment of adhesions is surgical and consists of simultaneous countermeasures to reduce the reformation.

Adhesions are the created links between the surfaces of two or more organs or tissues that are not normally connected. The presence of adhesions in the fallopian tubes and ovaries affects mobility of the tubes and the transfer of the egg, thus reducing the possibility of pregnancy and increasing the possibility of an ectopic (extrauterine) pregnancy. The treatment of adhesions is surgical and consists of simultaneous countermeasures to reduce the reformation.

This factor is related either to the release of the egg during the cycle (anovulation) or to hormonal deficiency after ovulation, resulting in non-optimal conditions for the implantation of the fertilized ovum in the uterus (inadequate luteal phase). Problems associated with the normal function of the ovaries account for around 20% of infertile couples. 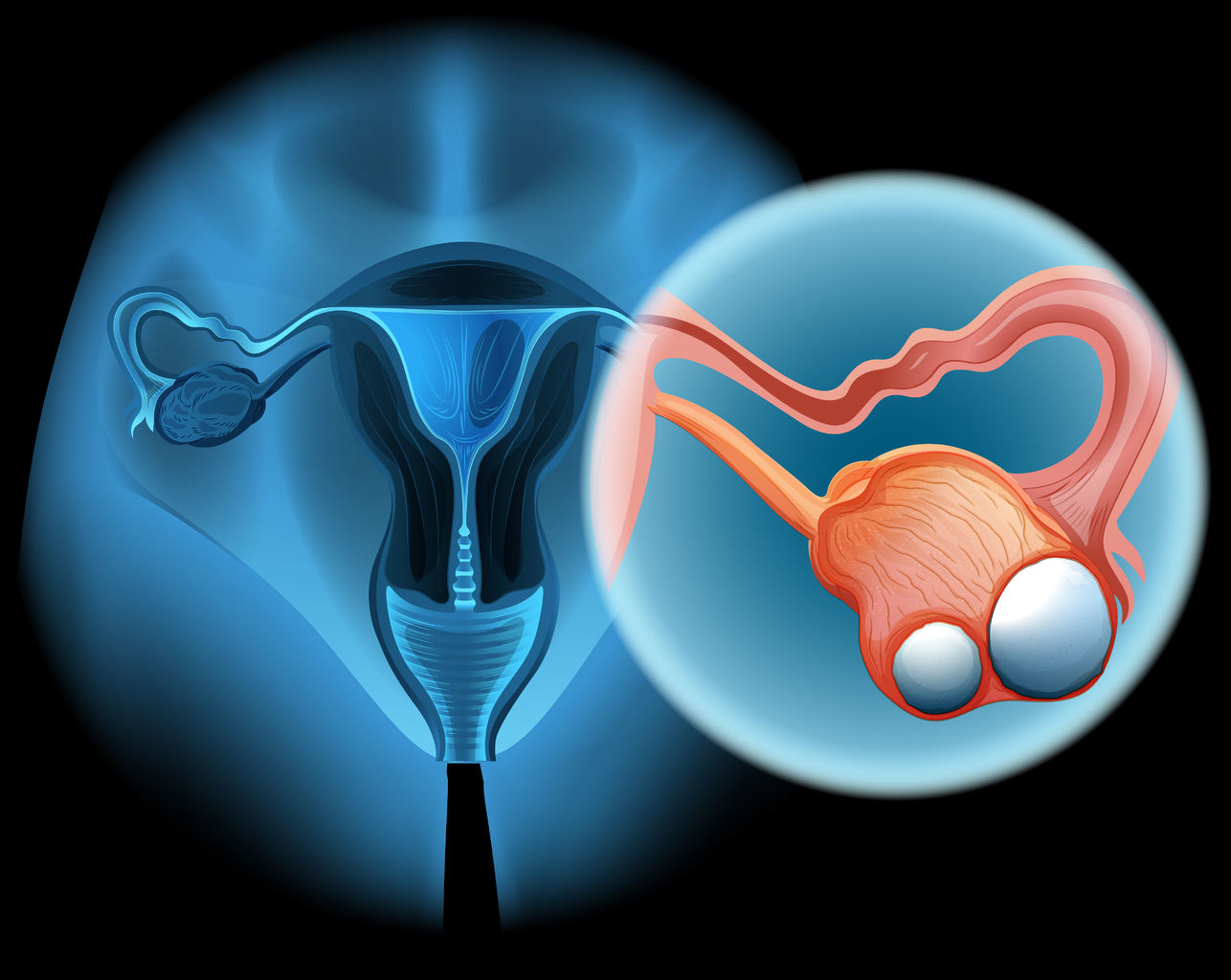 The most important factors are:

This syndrome is the most common gynecological hormonal disorder. Approximately 8% of women of childbearing age (12-45 years) display the syndrome and is mainly due to hormonal abnormalities such secretion/insulin function (hyperinsulinemia) or overproduction of androgens by the ovaries (hyperandrogenism). The type of treatment depends on the symptoms presented by the woman. Increasing daily exercise in conjunction with weight loss (if necessary) improves the metabolism of insulin, which leads to the remission of the symptoms. Excess androgens can be improved by the administration of contraceptive pills and anti-androgens. If the symptom is abnormal menstruation (anovulation) progesterone or contraceptive pills can be administered.

The combination of amenorrhea (absence of menstrual periods), increase of gonadotropins and reduction of estrogen in the blood, provide early ovarian failure in women younger than 40 years old. In fact it is menopause that occurs at a very early age, but immediately has the same clinical picture (amenorrhea, hot flashes, mood changes, etc.). The disorder of the menstrual cycle is the most common symptom which manifests the disease and leads women to the gynecologist. The result of the disease is the production of few and poor quality eggs or no eggs at all. To ascertain the quality and storage of eggs, hormonal control via blood test is performed.

After its secretion, prolactin travels in the woman's body, through the bloodstream, and its key purpose is the production of breast milk. The high production of this hormone has the effect of reducing fertility by blocking the action of two other hormones (FSH - GnRH), which are responsible for the induction of ovulation and oocyte maturation. It is diagnosed by simple prolactin blood tests and its balance treatment, if necessary, is adapted according to the incident.

This category includes all the pathological conditions of the uterine cavity. The main effect is to prevent the implantation of the fetus within the uterus. The most important factors are:

Polyps are generated after abnormal overgrowth of endometrial cells lining the uterus. About 5% of women after menopause and 2% of women of childbearing age are the odds that an endometrial polyp may be malignant. Usually they are not accompanied by symptoms, but the most typical is hemorrhage in mid-cycle or during menopause. The diagnosis is performed by transvaginal ultrasound and the removal by hysteroscopy, usually accompanied by scraping the endometrium. As mentioned before, the rate for malignancy is very small and the position is not always harmful, so the removal of the polyps is not always necessary and is left to the discretion of the obstetrician. 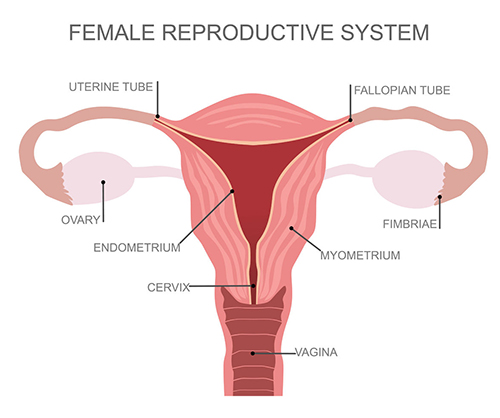 The growth of fibroids is the most common cause of recurrent miscarriages especially during the first three (3) months of pregnancy. Depending on the location, size and number, fibroids contribute to reduced implantation rates and/or increased uterine contractions. It is a quite common condition in women aged 25-45 years and in most cases they are childless. Symptoms include the abnormally increased bleeding (menorrhagia) and intense pain during the period (dysmenorrhea). Their removal is indicated when there is a severe problem, otherwise the symptoms are treated with medication.

The endometrial thickening process is controlled by estrogens and progesterone. If these hormones are out of balance, it creates excessive growth of endometrial cells resulting in hyperplasia. This makes the uterus nonfunctional. Women with irregular cycle are more prone to this condition. The simple hyperplasia is not serious and can be solved with medication (contraceptive pills or progesterone drugs). A more complex form of hyperplasia can be treated by hysteroscopy.

The main cause of creation is surgery. A pathological condition, infections or chemotherapy are considered as nonsurgical causes. The endometrial adhesions are characterized by the appearance of scar tissue in the uterine cavity, caused by injury or inflammation of endometrium. The result could be an impossibility of implantation of the embryo in the uterus and increased frequency of miscarriages. Their diagnosis is done with hysteroscopic diagnostic check and the best way to deal with them is invasive hysteroscopy. 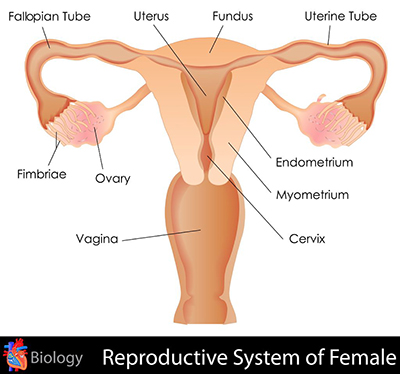 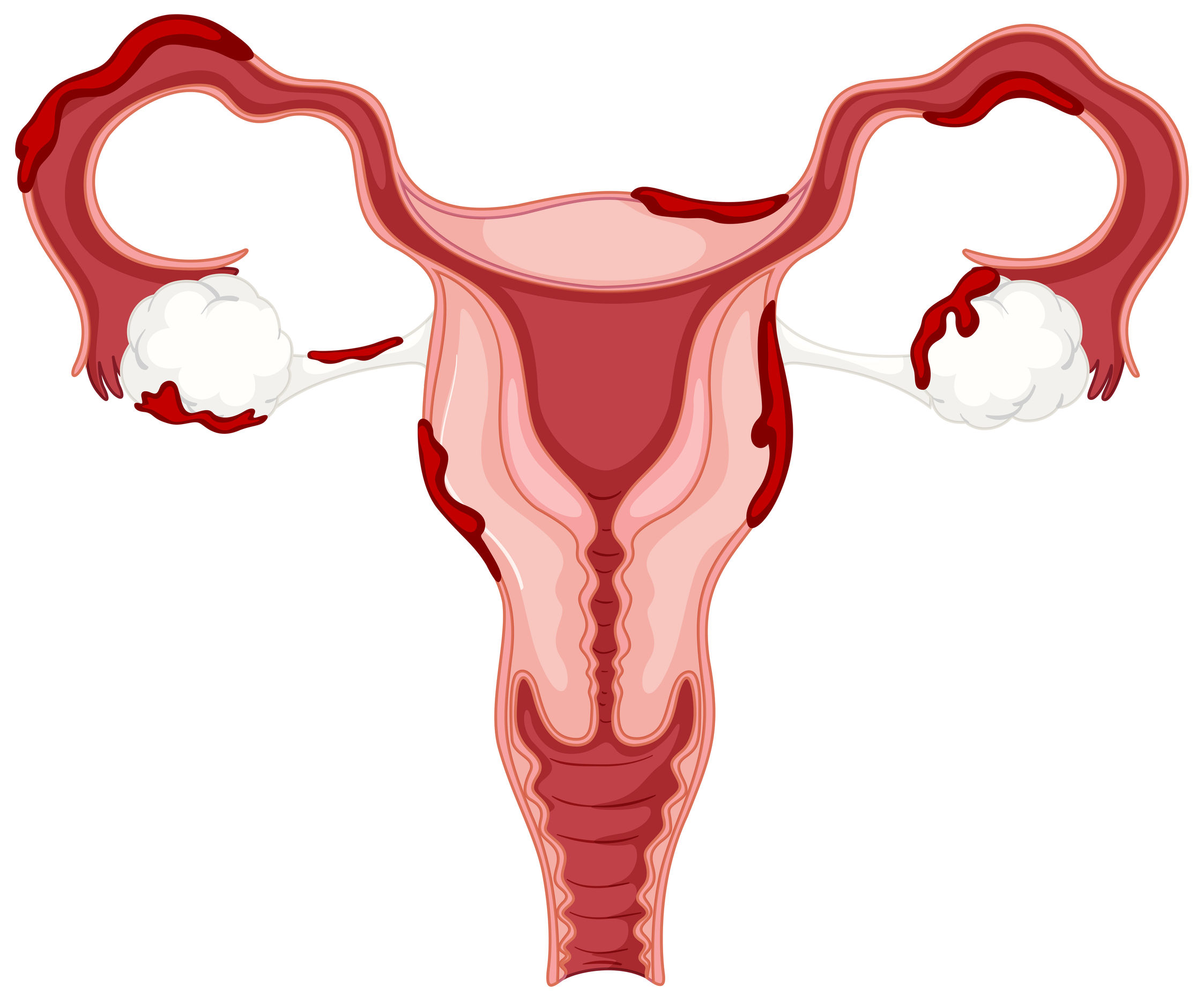 Endometriosis is a disease in which ectopic endometrial tissue (cell) develops in other positions than endometrial cavity. The most frequent occurrence positions are the ovary, the abdomen, and the fallopian tubes and in more rare cases the bladder and intestine. It considered, based on surveys, that 18% of women of childbearing age and 30% of women with infertility suffer from endometriosis. The exact causes of the disease are not fully known and it is considered possible that there is a genetic predisposition. Endometriosis can cause pain during sex, while there is bleeding in various phases of the cycle. The consequence of the disease is the poor quality of oocytes and IVF is considered one of the best ways of resolving it.